How to coach soccer formations 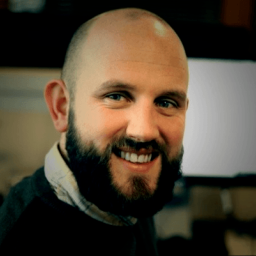 Whether you are coaching soccer to 5 year olds or managing a team of teenagers or even adults, you can coach them soccer formations by understanding the strengths and weaknesses of each individual player and telling them the right stories.

What are soccer formations and why do they matter?

Soccer formations become more important as players get older. On a basic level they can help younger players make decisions about where on the pitch to be, depending on whether your team has the ball or not.

As players get older it can help give them get the best chance of success by thinking about what problems they can cause the opposition when defending and attacking.

This depends on age and the number of outfield players that you are working with:

If you have been teaching your team to play in a 5, then the transition to a 7 should be straightforward. It could be a 2,3,1 or a 3,2,1 or your tactics may revolve around one central midfielder providing support to two attackers.

By this stage your players may have honed in on general positions and you'll want to start relaying additional information to support their awareness of the match. You could use the extra numbers to provide width.

It's time to play real soccer - by this stage your players should have the ability to understand where they need to be from defence and midfield to attack.

How to choose a formation

Probably not - if your team plays all out attack, you may be exposed to conceding goals, especially if you just leave one player at the back.

Soccer coaches should choose a formation based on the players you have available. For example if you have four attacking players that are advanced, you should use them to cause your opponents problems when you attack, especially down the wings.

However, the more offensive your team is, the more you are putting your backline under pressure, if your team is constantly going forward. You are losing some defensive stability and cover by playing with more than three forwards and they'll have to work hard during games to support the defence.

Ideally your formation should help you to defend and attack, depending on the size of the pitch and the opposition defence.

Each formation has its own strengths and weaknesses, and it is up to the coach to decide which one will be best for their team. However, it is important to remember that formations are not set in stone, and they can be changed during the course of a game depending on the situation.

For example, a team may start out in a 4-4-2 formation, but if they are losing 1-0 at half-time, the coach may decide to change to a more attacking formation such as a 3-4-3.

Coaches should also use formations as a way to help their players improve their decision-making skills. For example, if a player is consistently making poor decisions when they are in possession of the ball, the coach may put them in a position where they have to make more decisions.

This will help the player to improve their decision-making skills and become a better player overall.

The benefits of using different formations while soccer coaching

Formations can be used to:

-Help players understand their role in the team

-Teach players how to make decisions on the pitch

-Encourage players to think about the game

- Help the team to gel together and play as a unit.

Different formations can be used depending on whether a coach wants their team to be more attacking or defensive. For example, if a coach knows that their team is not very good at defending, they may choose to start with an attacking formation such as 4-3-3. This will give their team a better chance of scoring goals and winning the game.

However, if a coach knows that their team is good at defending, they may choose to start with a defensive formation such as 4-5-1. This will help their team to keep a clean sheet and grind out a result.

Formations can also be used to nullify the opposition’s strengths. For example, if the opposition has two fast wingers, the coach may choose to put an extra defender in their team to stop them from getting any space.

This will make it harder for the opposition to score goals and give your team a better chance of winning the game.

How to choose the right formation for your team

There are many factors that need to be considered when choosing a formation for your team.

-The strengths and weaknesses of your own team

-The strengths and weaknesses of the opposition

- The type of game you want to play

- The style of play that you want your team to adopt.

Once you have considered all of these factors, you will be in a better position to choose the right formation for your team. Remember, formations are not set in stone, and they can be changed during the course of a game depending on the situation.

So, don’t be afraid to experiment with different formations and see what works best for your team.

The importance of defensive midfielders

Defensive midfielders are often called the unsung heroes of soccer. While their job is not to score goals, their role is essential to the success of any team. They help to protect the back line by providing an extra layer of defense. They also help to distribute the ball and keep the flow of the game moving. Additionally, they often act as a link between the defense and the offense, providing good support, starting attacks and transitioning the team from defense to offense.

As a result, defensive midfielders play a vital role in both protecting the goal and creating scoring opportunities. Without them, soccer would be a very different game.

Tips for implementing new formations into your coaching routine

If you are thinking of introducing new formations into your coaching routine, there are a few things that you need to keep in mind.

-Making sure that your players understand the formation that you want them to play in. This means explaining the roles and responsibilities of each position to them.

- Getting your players to practice the formation that you want them to play in. This will help them to get used to the positions and learn how to play as a team.

- Making sure that your players are comfortable in the positions that they are playing in. If they are not comfortable, they will not be able to perform to their best.

There are a few different ways that coaches can teach their players the 4-3-3 formation in soccer. One way is to use cones to set up the formation on the field, with four cones placed in the back (representing the defenders), three in the middle (representing the midfielders), and three in the front (representing the forwards). Another way is to have the players line up in the formation without using cones, and then run through various drills that help them to learn their positions and responsibilities. The 4-3-3 formation is a popular choice for soccer teams because it allows for a balance between defense and offense, and it gives all of the players on the field a chance to be involved in the game. With some practice, your team will be able to master this formation and use it to your advantage on the soccer field.

There is no one-size-fits-all answer to the question of how to coach a 4 4 2 formation. Every team has its own strengths and weaknesses, and what works for one team may not work for another. However, there are a few general principles that all coaches should keep in mind when coaching this formation. First, it is important to have a strong back line. The four defenders need to be able to communicate well and work together to keep the opposition from scoring. Second, the midfielders need to be versatile and able to both attack and defend. They should be able to possess the ball and create scoring opportunities for the forwards. Finally, the forwards need to be fast and skilled at finishing. They should be able to hold the ball up and bring their teammates into the attack. By following these principles, coaches can put their teams in a good position to succeed regardless of the oppenent's formation.

When most people think of the 3 5 2 soccer formation, they envision a team of three defenders, five midfielders, and two strikers. However, this formation can be adapted to fit the strengths and weaknesses of any team. For example, a team with strong forwards may choose to play with two strikers, while a team with speedy wingers may elect to play with three midfielders. The key to coaching a successful 3 5 2 formation is to ensure that all players understand their roles and responsibilities. Each position has its own set of duties, and it is important that every player is aware of what is expected of them. With proper coaching, a 3 5 2 formation can be an effective way to win soccer matches.

About the Author Jonny

Your first class is 100% free. Click the button below to get started!